The Essential, Historic Phoenix Cocktail and Where to Drink It 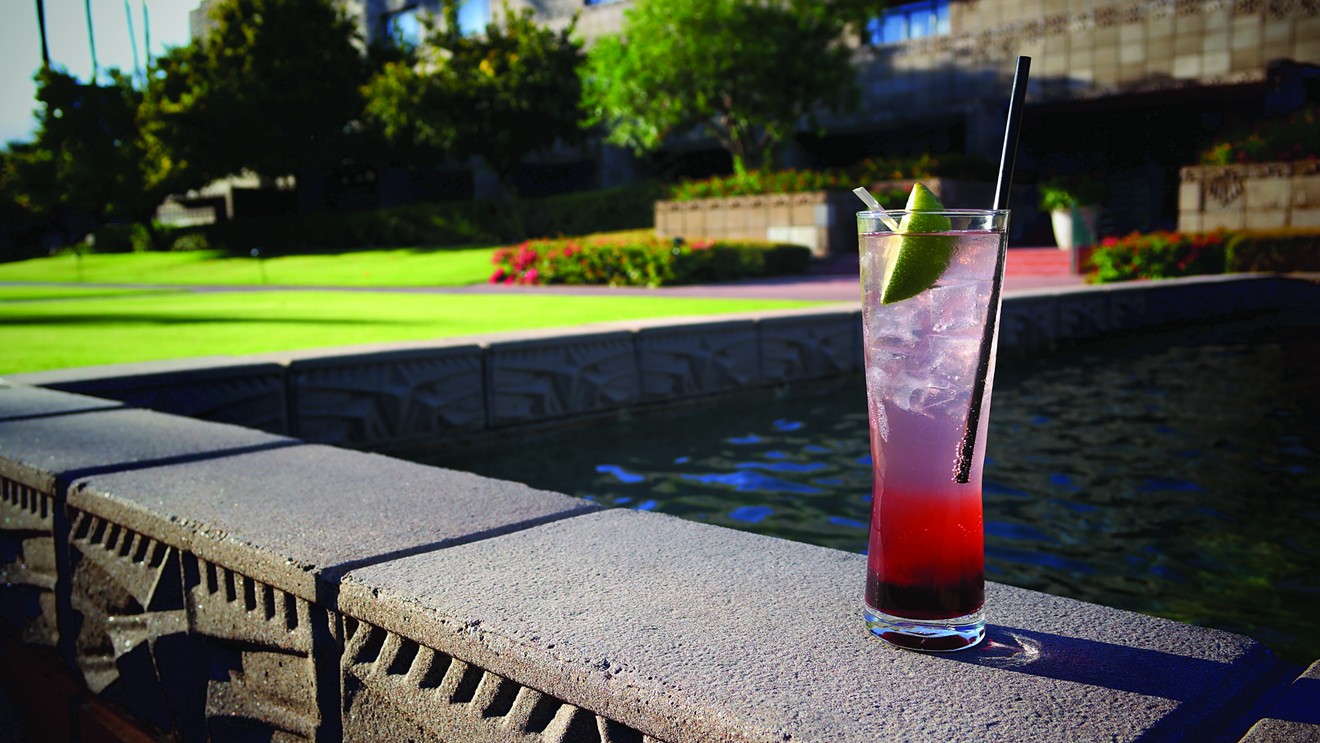 The "Original" Tequila Sunrise at the Arizona Biltmore Resort in Phoenix.
Courtesy of the Arizona Biltmore
Welcome to The Essentials, our catalog of indispensable and quintessential Phoenix food and drink. From now until May, we'll be sharing 50 dishes, drinks, and food experiences that make up the culinary backbone (and personality) of metro Phoenix. This list is highly eclectic, mixing classics with newer and lesser-known favorites. But all The Essentials have one thing in common: We think they're required eating (and drinking) in metro Phoenix.

First up, a world-famous cocktail rooted in Phoenix.

50: Tequila Sunrise at the Arizona Biltmore.

As the legend goes, Arizona Biltmore barman Gene Sulit created the foundation for the now-classic American cocktail, the Tequila Sunrise, in the 1930s after a guest requested a tequila-based drink that was refreshing enough to drink poolside.

The "original" formulation is a blend of tequila, soda water,  crème de cassis, and fresh lime. Over the years, the drink got a '70s makeover in northern California, with bartenders at the Trident Restaurant in Sausalito popularizing a version with three primary ingredients: tequila, orange juice, and grenadine.

That version became so wildly popular, the story goes, it quickly became the rock 'n' roll drink of choice shortly after the Rolling Stones stopped by the Trident before kicking off their 1972 tour. According to none other than Keith Richards, writing in his autobiography, that tour became known as "the cocaine and tequila sunrise tour."

While it may not be Keith Richards' preferred version, you can still find the more dignified and "Original" Biltmore Tequila Sunrise at the Arizona Biltmore (both the Wright Bar and Frank & Albert's offer several versions). It still looks like a hazy desert sunrise in a tall glass, and it still tastes crisp and refreshing. We recommend sipping it on the patio, with a view of the stately lawn and Camelback Mountain. Or poolside, of course.